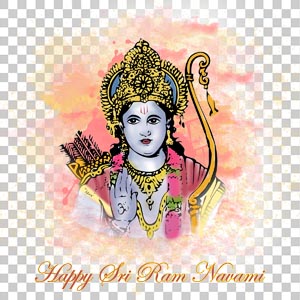 Shree Rama Navami is a Hindu festival that celebrates the birthday of Lord Rama. He is particularly important to the Vaishnavism tradition of Hinduism, as the seventh avatar of Vishnu. The festival celebrates the descent of god Vishnu as Rama avatar, through his birth to King Dasharatha and Queen Kausalya in Ayodhya. The festival is a part of the spring Navratri and falls on the ninth day of the bright half (Shukla Paksha) in the Hindu calendar month of Chaitra. This typically occurs in the Gregorian months of March or April every year. Rama Navami is an optional government holiday in India.

Thank you for subscribing.

we respect your privacy and take protecting it seriously